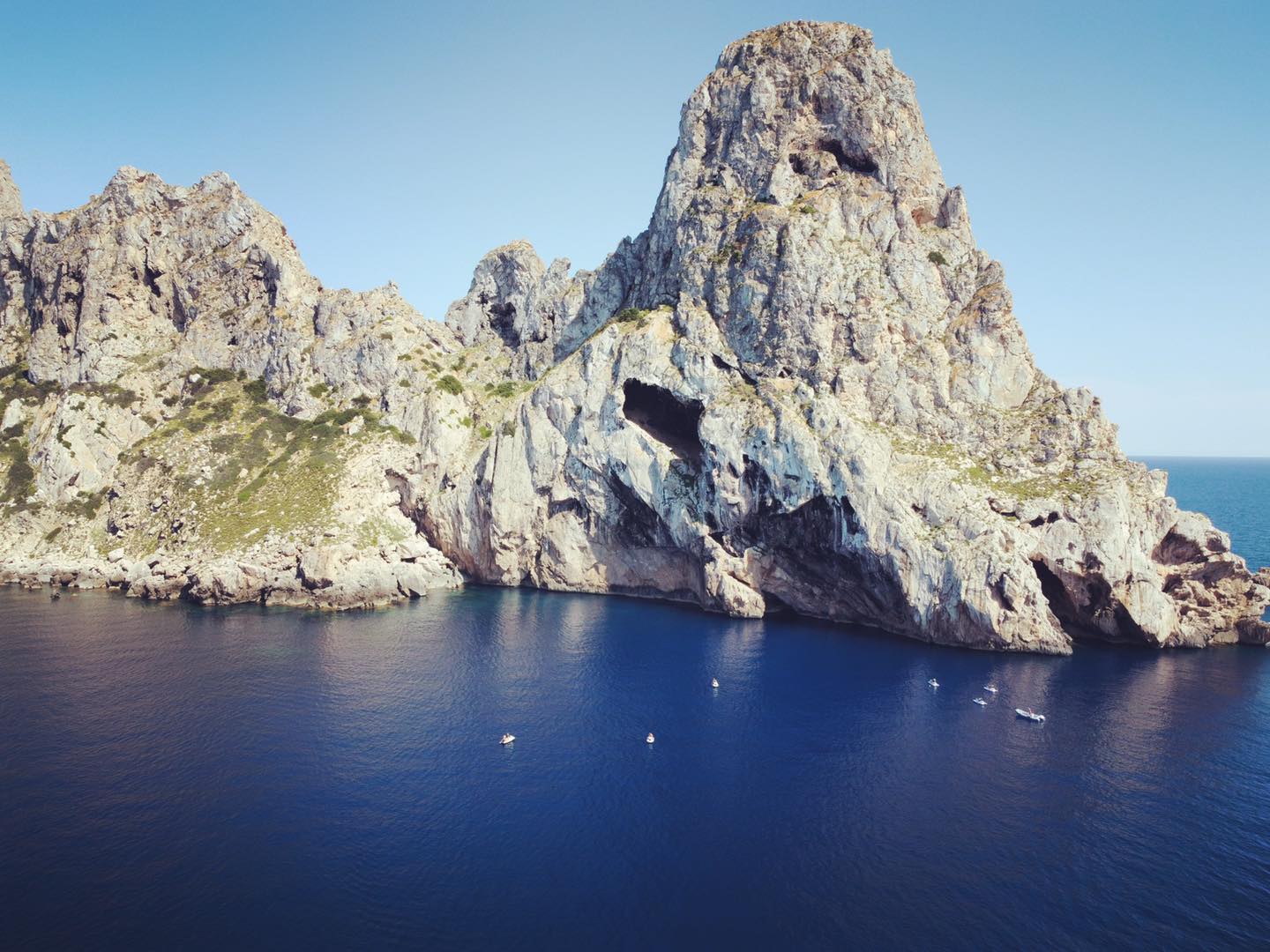 Legend has it that “Es gegant de Es Vedrà” prowled the waters of the islet and attacked any ship or person who dared to approach its domain.

For many years, the inhabitants of Ibiza lived in fear of the giant’s presence, until the day came when the father of two very poor brothers fell ill, and these two brothers, named Joan and Toni, had to face the giant in order to get the only plant capable of curing his sick father, the “fonoll marí”.

This plant only grew on the islet of Es Vedrà. When the brothers approached on their llaut, the giant woke up and captured Toni. To free him, the giant ordered Joan to go fishing and bring him as many octopuses as he could. If he didn’t, he would eat Toni.

Joan caught all the octopuses she could, but had an idea: she would hide a sea urchin inside each octopus.

As soon as he handed them over, the giant ate them all with great voraciousness, but the hedgehog’s quills took their effect in no time, and the giant began to have an excruciating stomach ache. He felt so hurt that he went to sleep. The brothers took advantage of this moment to tie his feet with a rope, take the sea fennel to prepare the medicine and flee.

The giant was never heard from again, but soon after tasting the medicinal plant, the father of the two brothers was cured.

– Adaptation of the fable by Joan Castelló i Guasch .